Ark > Health Blog > What Is The RIGHT Dosage For Exercise? 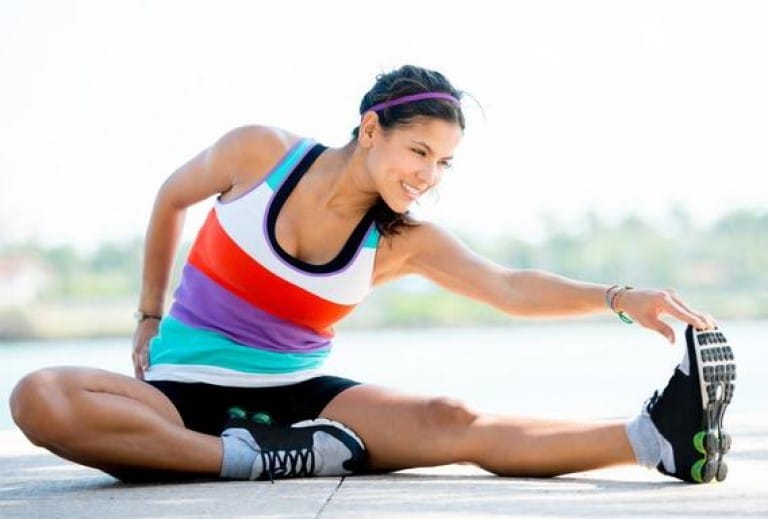 Exercise has had a Goldilocks problem, with experts debating just how much exercise is too little, too much or just the right amount to improve health and longevity.

Two new large-scale studies provide some clarity, suggesting that the ideal dose of exercise for a long life is a bit more than many of us currently believe we should get, but less than many of us might expect. The studies also found that prolonged or intense exercise is unlikely to be harmful and could add years to people’s lives.

No one doubts, of course, that any amount of exercise is better than none. Like medicine, exercise is known to reduce risks for many diseases and premature death.

But unlike medicine, exercise does not come with dosing instructions. The current broad guidelines from governmental and health organisations call for 150 minutes of moderate exercise a week to build and maintain health and fitness.“But whether that amount of exercise represents the least amount that someone should do — the minimum recommended dose — or the ideal amount has not been certain.

Scientists also have not known whether there is a safe upper limit on exercise, beyond which its effects become potentially dangerous; and whether some intensities of exercise are more effective than others at prolonging lives.

So the new studies, both of which were published last week in JAMA Internal Medicine, helpfully tackle those questions.

In the broader of the two studies, researchers with the National Cancer Institute, Harvard University and other institutions gathered and pooled data about people’s exercise habits from six large, continuing health surveys, winding up with information about more than 661,000 adults, most of them middle-aged.

Using this data, the researchers stratified the adults by their weekly exercise time, from those who did not exercise at all to those who worked out for 10 times the current recommendations or more (meaning that they exercised moderately for 25 hours a week or more).

Then they compared 14 years’ worth of death records for the group. They found that, unsurprisingly, the people who did not exercise at all were at the highest risk of early death.

But those who exercised a little, not meeting the recommendations but doing something, lowered their risk of premature death by 20 percent.

Those who met the guidelines precisely, completing 150 minutes a week of moderate exercise, had greater longevity benefits and 31 per cent less risk of dying during the 14-year period compared with those who never exercised.

The sweet spot for exercise benefits, however, came among those who tripled the recommended level of exercise, working out moderately, mostly by walking, for 450 minutes a week, or a little more than an hour a day. Those people were 39 per cent less likely to die prematurely than people who never exercised.

At that point, the benefits plateaued, the researchers found, but they never significantly declined. Those few individuals engaging in 10 times or more the recommended exercise dose gained about the same reduction in mortality risk as people who simply met the guidelines.

They did not gain significantly more health bang for all of those additional hours spent sweating. But they also did not increase their risk of dying young.

The other new study of exercise and mortality reached a somewhat similar conclusion about intensity. While a few recent studies have intimated that frequent, strenuous exercise might contribute to early mortality, the new study found the reverse.

Australian researchers closely examined health survey data for more than 200,000 Australian adults, determining how much time each person spent exercising and how much of that exercise qualified as vigorous, such as running instead of walking, or playing competitive singles tennis versus a sociable doubles game.

But if someone engaged in even occasional vigorous exercise, he or she gained a small but not unimportant additional reduction in mortality. Those who spent up to 30 per cent of their weekly exercise time in vigorous activities were nine per cent less likely to die prematurely than people who exercised for the same amount of time but always moderately.

Those who spent more than 30 per cent of their exercise time in strenuous activities gained an extra 13 per cent reduction in early mortality, compared with people who never broke much of a sweat. The researchers did not note any increase in mortality, even among those few people completing the largest amounts of intense exercise.

Of course, these studies relied on people’s shaky recall of exercise habits and were not randomized experiments, so they can’t prove that any exercise dose caused changes in mortality risk, only that exercise and death risks were associated.

Still, the associations were strong and consistent and the takeaway message seems straightforward, according to the researchers.

Anyone who is physically capable of activity should try to “reach at least 150 minutes of physical activity a week and have around 20 to 30 minutes of that be vigorous activity,” said Klaus Gebel, a senior research fellow at James Cook University in Cairns, Australia, who led the second study. And a larger dose, for those who are so inclined, does not seem to be unsafe, he said.